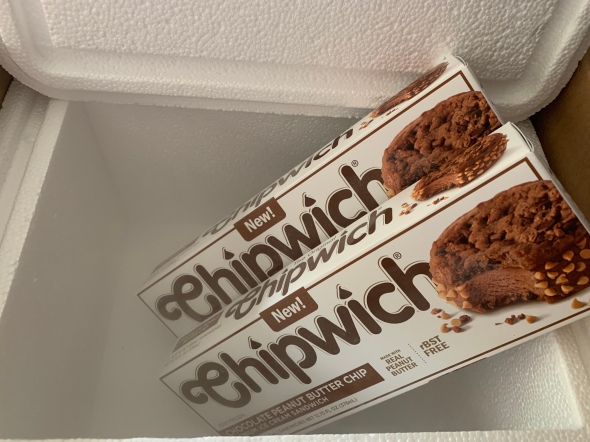 To make a long story short, these were not good at all! The cookies were rubbery the peanut butter chips didn’t coat the entire outside like the originals and the chocolate ice cream was plain chocolate so I didn’t really taste the peanut butter at all.

Absolutely a failure! I have one of their packaging boxes it’s short and square and the chipwich are standing on their sides like a bookshelf rather than the long skinny box.

I would have all of these before birthday cake. This is what America is buying. Also know your demographics the biggest consumer is women. That’s where the butter pecan comes in. That was my mother’s favorite flavor. Also the age group.

” Americans over age 55 eat more ice cream per capita than any other age group, according to a new study on frozen sweets. The average American eats ice cream at home 41 times per year, but the over-55-year-olds eat it an average of 56 times annually.”

I think that is a bullshit number however. As a child, I had a bowl everyday for dessert before bed. That would make me have at least 300times a year. Have to subtract the at least 56 times a year I was bad and went to bed without dessert 🤣

Hopefully they tweaked the recipe before they released it. If they did I can’t wait to try it. If not this will be an utter failure.

Chipwich Is Back With A Vengeance! YES! 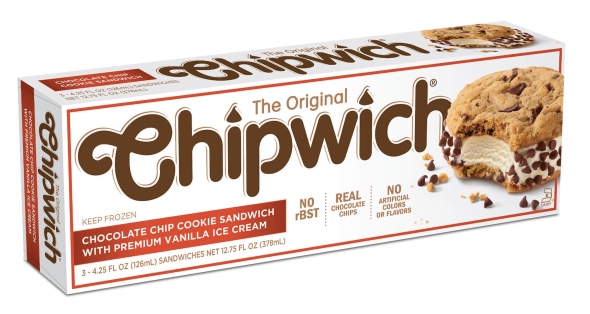 The rich French vanilla ice cream soft cookie and loaded with crunchy little chips layer the flavors perfectly! No one can compare! 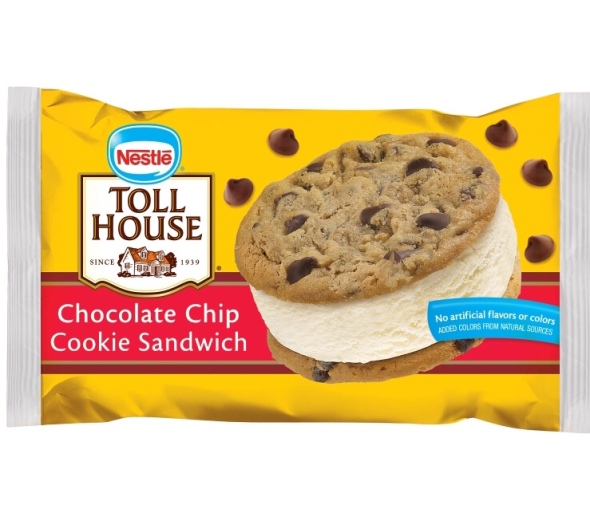 However the toll house can’t compare! Yes the toll house is a lot larger (which I love) the one and only gripe I have with Chipwich it was always too small!

So, the toll house was like oh yeah! Until you eat one! The cookie is a little bit drier and less tasty than the Chipwich a casualty of mass production! And notice they are missing the chips! The ice cream is also plain vanilla and isn’t as rich as the Chipwich!

Now that Chipwich has been gone mimics have popped up! 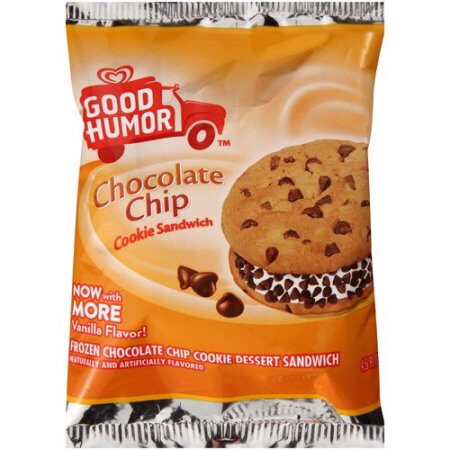 Good Humor has a Chipwich ripoff! And they come in a 4 pack instead of 3, But don’t be fooled! The ice cream is void of any taste and the cookie is ok!

Thank God Nestle sold the rights to Chipwich and someone bought it! And started making them again!

Chipwich is back people!

Kids you better go out and get a Chipwich, because you don’t know what you are missing! The king of ice cream cookie sandwiches has returned!

you can find them here:

My only gripes are the size they call it a slider to justify it being smaller, but that doesn’t work! I wish it was bigger for the price! It’s around $4.

He should roll it in mini chocolate chips like a chipwich!

If you want a burst of flavor and the best thing since chipwich you must track these down!

Just when I sad that Nestle killed Chipwich; and a reader said try Trader Joe’s knockoff and was disappointed; along comes Cool Haus! The custom  ice cream cookie truck where you first pick your cookie and then pick your ice cream!

However; the spirit of Chipwich has returned and you can customize it!

I have been wondering for quite some time what happened to chipwich? I was wondering why the ice cream man didn’t have it and why 7-eleven only had the crappy Nestlé tollhouse cookie sandwich (chipwich knockoff)

Then I went to Wikipedia!

Chipwiches date back to 1981 when LaMotta created the Chipwich and began a guerrilla marketing campaign, in which he trained and enlisted 100 street cart vendors (mostly students) to sell the Chipwich on the streets of New York City. The campaign established Chipwich as a successful brand. CoolBrands, the country’s second-largest ice cream distributor, bought the Chipwich brand in 2002, and sold it in 2007 to Dreyer’s division of Nestlé who has stopped production of the original Chipwich because it competed with its own chocolate chip cookie ice cream sandwich.
-Wikipedia

This is the crap they replaced the chipwich with!

Chipwich and Tollhouse are 2 totally different recipes! It was stupid to cancel it! People who hate chipwich would buy tollhouse and vise versa! Meanwhile, Nestlé would get both the profits! What is the best way to compete? A 2 headed coin! You always win! Unless, you pick tails lol

Nestle could have had a 2 headed coin! Chipwich and Tollhouse!

Bring back the Chipwich!!!

Lets look at it another way! What’s better a Louis Vuitton or a fake Louis from canal st in NYC?

The Chipwich is the best and original like the Louis!

Charge more if you have to but, bring back the Original Chipwich!!

The Original Chipwich is back!

OMFG! It is amazing and all that I remember! Today I received a batch of Original Chipwich!

And boy was it amazing!

Joel’s outrageous was the closest to the original I have ever tasted!

But what Joel failed to do was roll the sandwich in tiny chips like a Chipwich!

Having not tasted one in many years, I forgot the importance of the mini chips and I only liked the fact that it’s more chocolate!

However; now having tasted it again, I can fully explain: the mini chips add layered texture! You get the soft cookie creamy French vanilla ice cream and then the crunchy chips! Its layered perfection!

I would say Chipwich, do a fully chocolate dipped cookie option! If you are going to go halfway screw that go all the way! And make multi flavors! Mint chocolate chip! Peanut butter!

Search this Site for Past Articles