Starz Cancels Camelot! What Bullshit! Let’s Save Camelot! There was big promise there especially for Season 2! SAVE CAMELOT!

This is my 135th Post I wish it was on a happier note! Starz is Making a big mistake! 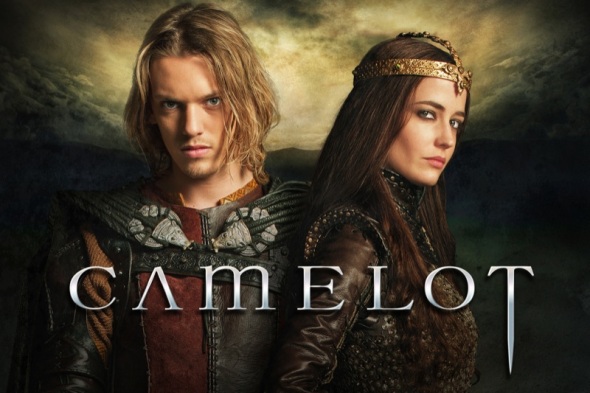 Did Starz’s ‘Camelot’ Make Case For Renewal With Season Finale?

Starz’s drama series Camelot wrapped its freshman season on Friday with 1.032 million viewers for the 10 PM airing and 1.5 million for the night. That was the series’ second-highest viewership behind the premiere, which drew a 1.125 million for the original airing and 1.6 million for the night. On the minus side, the finale fell short of the recent closer of Spartacus: Gods of the Arena, which posted 1.724 million viewers for its first airing, as well as the first-season finale of Spartacus: Blood and Sand (1.227 million). On the plus side, after some ratings erosion after the premiere, Camelot has been on an upswing in recent weeks, building steadily to the penultimate episode, which averaged 1.003 million, and the finale. Starz will probably weigh all that as the network is yet to make a renewal decision on the costume drama, a retelling of the story of King Arthur.

Starz are you kidding me! Get your head out of your ass and renew

I was telling my friend all season that Starz is becoming a leader in Television just like HBO and Showtime, because of Camelot and Spartacus. Boss and Torchwood are garbage! If you are to abandon a series abandon them. Everyone knows the story of King Arthur so in the beginning there will be a little resistance, but they will soon come around and the numbers show it. There hasn’t even been any epic battles yet! Now that Leontes is dead now what??? Was he Lancelot? I don’t see where he can be, because he is already dead and there isn’t a Galahad! There is also no Percival.

Another problem is Starz ran Camelot while HBO ran Game of Thrones. The Fan-base was split. That was a big mistake! The Second season can only go up, just like Game of Thrones. That series is gearing up toward an epic battle! The likes of which are the foundation of The search for the Holy Grail, The Final Battle with Mordred!

This is the last possible season of Spartacus That’s it the story is told! King Arthur can go on for a long time! Don’t kill it!

a series Showtime canceled and realized they screwed up! It became a cult classic and spawned a movie. Which wasn’t as good due to the lack of stars: Mandy Patinkin and Laura Harris weren’t in the movie due to scheduling conflicts. If Showtime wasn’t stupid they would have had a hit series and a hit movie too! They Shouldn’t have canceled it.

Bryan Fuller (the Writer) left early in the first season due to conflicts with MGM Television, including disagreement over major script and storyline cuts considered important to the main theme. He stated that the “lack of professionalism… made it really difficult… it was like being at war… they were constantly trying to strongarm me. It was the worst experience of my life”. According to Fuller, Showtime canceled the show due to “a loss of quality and a sense the problems would continue.” They Shot themselves in the foot there! If you like someone’s story don’t try to edit or rewrite it, if it working! If it’s not broke, DON’T FIX IT!

The show’s complete ratings were not released, though executives had claimed to at least one reporter that Dead Like Me had ratings three times Showtime’s primetime average.This contrasts with the network’s statement that the ratings were not high enough for a third season. The ratings for the series premiere were 1.11 million, a record for a Showtime series premiere that was not beaten until the premiere of Shameless seven years later.

If 1.1 Million was a record, look at Camelot’s ratings! It’s beyond 1.1 Million! What is Starz’s Problem!

MAKE ME MORE CAMELOT NOW! BEFORE YOU LOOSE KEY

Save Camelot! Please leave a comment below urging Starz to make

Do you know what makes everything worse???

That crappy BBC made Merlin on Syfy got picked up for a fifth season!! The 4th season starts on SyFy Jan 6th

Total season 2 US viewers were 1.39 million

It’s total season 3 US viewers were 1.61 million keep in mind it’s on cable tv not a paid premium channel.

That proves that Camelot can also gain viewers!

Search this Site for Past Articles